Glenfiddich Winter Storm is the third instalment in Glenfiddich’s Experimental Series, on limited release with only 150 bottles being made available for purchase in South Africa. At a cost of R3,499.99 per bottle, it is the smallest production and highest price point from the Experimental Series to date making it exceptionally rare. 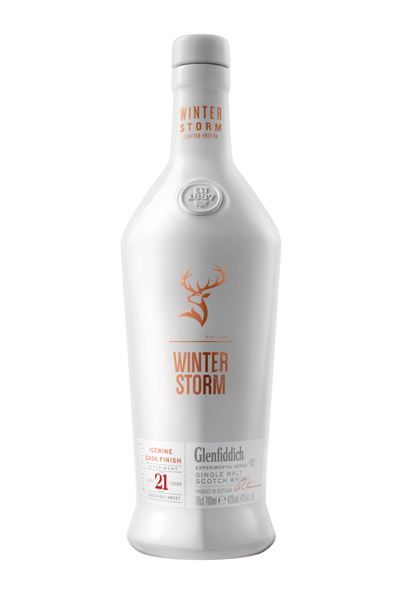 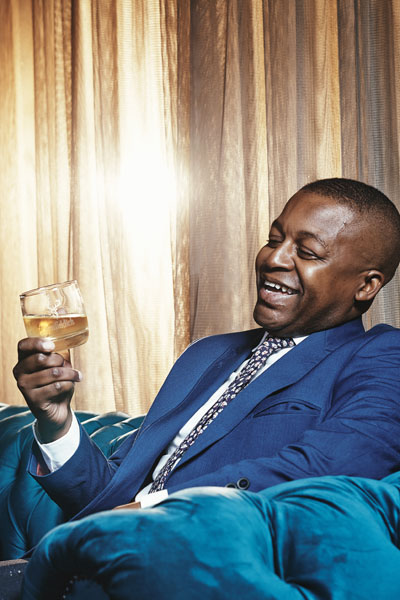 Brodrick says that by achieving mastery in the art of whisky making to becoming the world’s most awarded single malt whisky has given the mavericks at Glenfiddich the right to push the boundaries, challenge conventions and create a range which is totally game-changing.

“The Experimental Series, embodies the family philosophy of freedom and possibilities, with its range of ground-breaking single malts,” he adds. “Masterful craft which goes beyond anything ever produced by a whisky maker.”

The series has three expressions including: The IPA Experiment, a world-first in collaboration with IPA craft beer expert, Seb Jones, Project XX (pronounced ‘twenty’), the most ambitious to date, which combines the top picks of the Speyside distillery’s 20 industry experts and now Winter Storm, born out of the inspiration from the freezing vineyards of Canadian Icewine maker, Peller Estates Winery.

“Winter Storm is unlike any other single malt whisky, intensified by ice and ingenuity and because of the nature of the production methods is an exceptional expression of what the Experimental Series stands for,” says Brodrick. 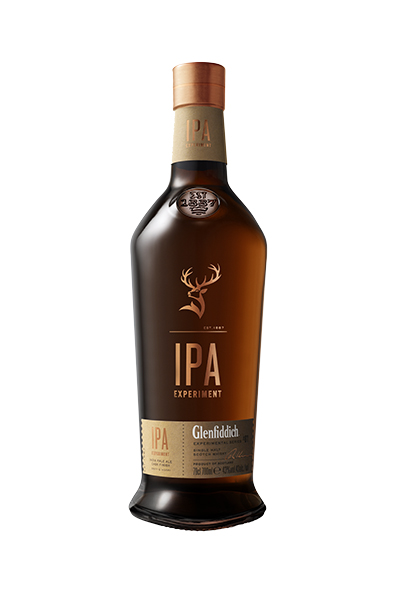 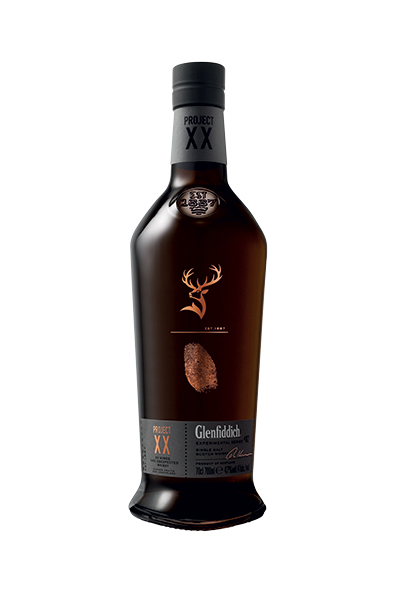 “Glenfiddich has been Speyside’s most innovative and forward-thinking producers since the beginning of the industry and by collaborating with like-minded mavericks the brand continues to push whisky boundaries and challenge traditions.” He adds: “The 21-year old spirit, Winter Storm is made with a pioneering production process utilising Canadian Icewine casks with rare different aged Glenfiddich malts, hand-crafted, distilled and rested for up to six months, resulting in a crisp, premium whisky aged 21-years showcasing the complexity of aged single malt with the unusually intense sweetness of Icewine.”

“The Icewine casks Glenfiddich used for Winter Storm held Riesling grapes for nine years before being repurposed for whisky,” Brodrick says. “Due to the dominant character of Icewine, Malt Master Brian Kinsman could only use the rarer whiskies, those aged for no less than 21-years to cope with the intensity of flavour notes, which means the whisky contained in Winter Storm is the rarest of the Glenfiddich stocks.”

Brodrick says that the Glenfiddich Winter Storm is the smallest production and highest price point from the Experimental Series to date. “There are just short of 8,000 bottles of this gem globally and to be able to offer a limited release to South Africa is incredibly exciting for the brand as there aren’t any plans in the works for a second batch, which he says makes this exceptionally rare.”

He continues: “There is a growing trend in craft spirits and consumers need for authenticity coupled with the fact that Glenfiddich as a brand has a massive consumer following we believe that this limited edition will be well received by South African whisky aficionados.”

South Africa is currently ranked the 7th largest export market in the world for Scotch Whisky by volume and has gained prominent land status in the eyes of spirit producers, according to data by Euromonitor. According to insights from the latest SAWIS report, whisky is the most consumed spirit in SA with 4.1 million South African currently drinking it.

“Winter Storm’s taste is a perfect combination of a single malt and dessert wine heritage, heightened candied sweets and oakiness of Glenfiddich are complemented by mouth-watering tropical fruit notes and a luscious sweetness from the Icewine cask finish,” explains, Jezz Tibini, brand ambassador for Glenfiddich. “Winter Storm contains the rarest of Glenfiddich’s 21-year old whisky stock which is rested for no less than six months which ensures a perfectly balanced nose with a short and crisp finish.”

“Winter Storm unlocks original and refined characterful flavours resulting in a balance of the warming soul of whisky and frozen cold of Icewine that is clean in taste and well balanced in finish, best served frozen glass with a frozen grape (signature serve),” Tibini says.

Brodrick adds: “The presentation box features an eye-catching and distinctive all-over white and grey frosted appearance that differentiates it from any other whisky presentation on the market. It also comes with a personalised note from the Malt Master himself adding to the rarity.”

This 43% proof whisky sells for R3,500 per bottle and is only available on limited release via Wine of the Month Club from the 15th of March 2018 wineofthemonth.co.za, distributed in South Africa by Edward Snell & Co. 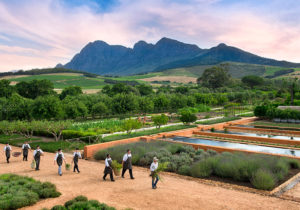 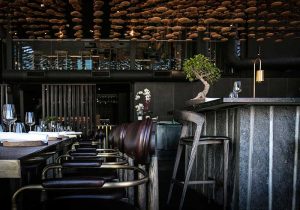 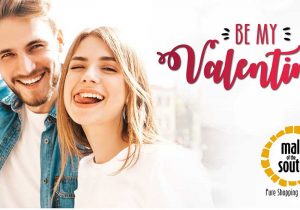 Be My Valentine Competition at Mall Of The South

The Mystical Grain That Is Quinoa

From The Red Carpet: Our Best Food Scenes and Food Movies