Getting to Know Chardonnay

Chardonnay has always been a divisive varietal; one that seems to have gone out of and come back into fashion a few times over. This, we suspect, may have something to do with pop culture surrounding it that made it seem entirely passé to drink it (think Bridget Jones ruminating over a big glass of it and the less than classy character on Footballer’s Wives named after it). Pop culture notwithstanding, South Africans have often favoured Sauvignon Blanc as their white wine of choice but Chardonnay is an ever-growing category that’s continually gaining fans. 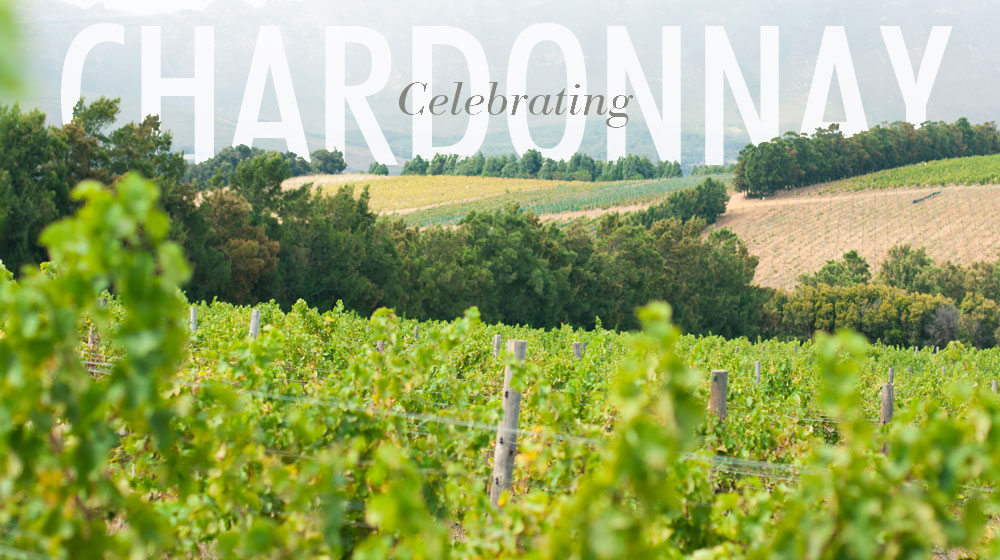 Chardonnay is divided into two main groups, the unoaked version, which is lighter, more citrusy and crisp and the oaked version, which has more pie crust, nutty and buttery flavours that hit the mid palate. Some would even say a slightly oilier mouthfeel.

There was a trend for some time to ‘over oak’ Chardonnays (we’re looking at you California), which led to these wines being termed butter bombs.

If you are a fan of a buttery Chardonnay then this may seem crazy to you, but if you’ve favoured drinking, say, a crisp Sauvignon Blanc, then you could find this over oaking to be a polarising factor.

It is, in fact, a common misconception that oaking is what gives a Chardonnay its buttery flavour.

Oak will add vanilla notes, as well as toasty and nutty notes too, so perhaps this is an easy assumption to make. The truth though, is that it’s actually a process called malolactic fermentation that adds this flavour profile. Malo…whaaat? Malolactic fermentation (MLF) is in fact not really fermentation at all but is a process that happens after the wine has fermented, when it is being barrel aged.

MLF is the conversion of malic acid to lactic acid (via the addition of a very helpful bacteria), which softens the overall acidity of wine (malic is derived from the Latin word malum meaning apple, and lactic from the word lactis meaning milk, so you see the softening of flavour profiles connection). Diacetyl is a by-product of malolactic fermentation and is one of the chemicals that gives butter its delicious buttery flavour, and hence gives big, oaked Chardonnay’s that signature flavour. Mystery solved.

3 facts you should know about Chardonnay

Now that you know more about Chardonnay, why not increase your wine knowledge and get to know  Red and White Blends | Shiraz | Chenin Blanc | Cabernet Sauvignon | Merlot | Pinotage | Rosé | Unusual Wine Varietals