Why do we eat Hot Cross Buns at Easter?

The joy one feels at the sign of the first hot cross bun in the shops is an emotion like no other. Perhaps only matched by the first mince pie emerging at Christmas. Yes, it’s that white-egged, foil-wrapped time of the year – Easter is around the corner.

And while hot cross buns may just be one of the most delicious foods on earth, and that alone should be enough reason to eat them, there are in fact traditions surrounding the spiced buns and why they are so important to Easter. Let’s talk about the significance of hot cross buns. 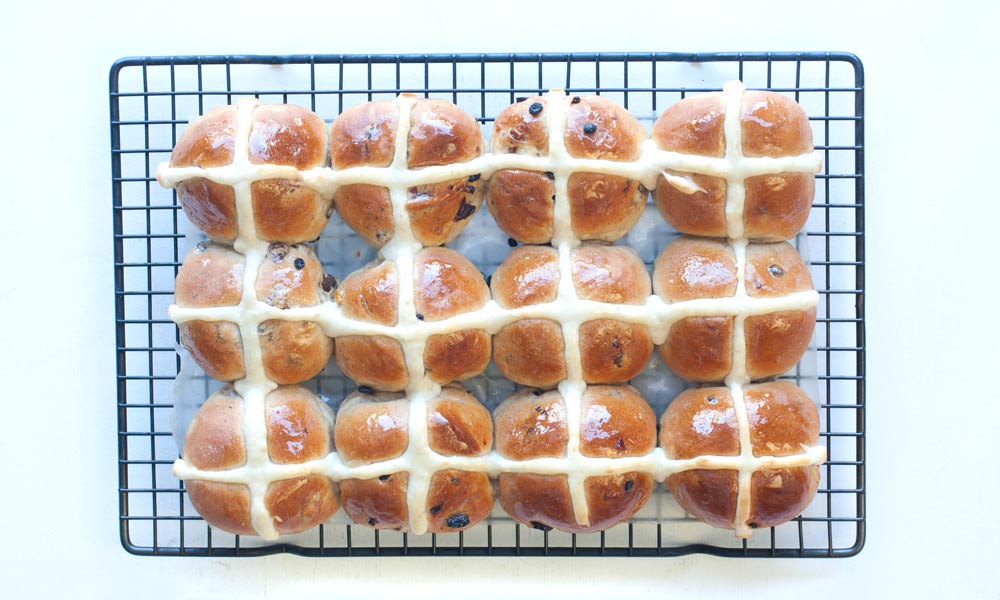 So what is the Significance of Hot Cross Buns?

As with most famed food, there are varying claims to where the hot cross bun originated (see our stories on bagels and eggs Benedict). There are links to paganism as well as Christianity originally.

The pagan Saxons would bake buns marked with a cross at the beginning of spring in honour of the goddess Eostre – which could very likely be the origin of the name Easter. The cross represented the rebirth of the world after winter and the four quarters of the moon, as well as the four seasons and the wheel of life.

The Christians reportedly saw the Crucifixion on the bun and, as with many other pre-Christian traditions, replaced their pagan meaning with a Christian one – the resurrection of Christ at Easter, the cross here representing Christ on the cross. Hence why they became a staple at Easter time.

Interestingly though, hot cross buns have had a colourful history. Queen Elizabeth I banned the sale of hot cross buns and other spiced breads until Good Friday, Christmas and funerals because they were believed to have medicinal or even magical properties, and she was fearful of these properties being abused. 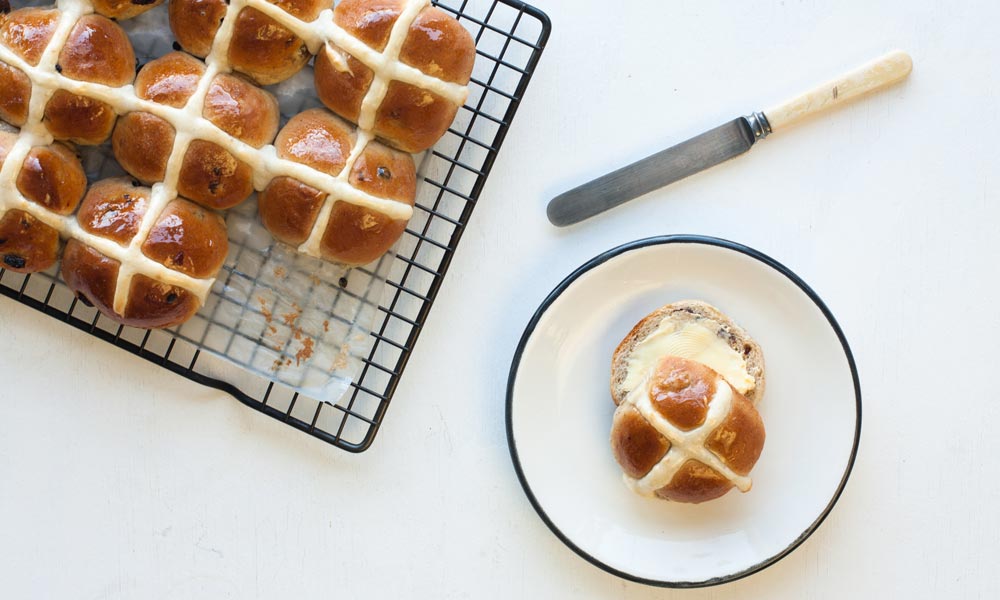 One a penny… two a penny…

Naturally, the taste of hot cross buns was too good to resist that people risked persecution and baked them at home. Eventually, they became so popular that the government couldn’t enforce the ban, and the law was ultimately rescinded. The first reference to hot cross buns was in the satirical publication, Poor Robin’s Almanac in the early 1700s and was a famous song:

‘Good Friday come this month, the old woman runs. With one or two a penny hot cross buns.”

While we may be free to buy and eat all the buns our hearts please, there are still superstitions that have stayed with hot cross buns. Starting with the most arbitrary is the idea that hot cross buns are believed to protect sailors against shipwreck, should some be taken aboard.

Another says that a bun from a batch baked on Good Friday should be hung in the rafters of your house, to ward off evil spirits, ensure no fires break out and all bread baked during the year will turn out perfectly.

So, if you’re about to go on a sea voyage, have a cheeky ghost you’re trying to shake off or you just want to bake some really buns, try our recipe for Easter Hot Cross Buns.

So you’ve baked the perfect hot cross bun, how about trying these delish recipes to vamp them up even more. Hot Cross Bun French Toast and Angry Hot Cross Bun Pudding with Meringue. 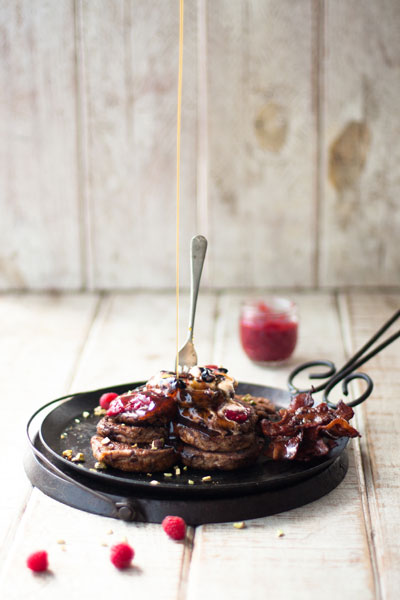 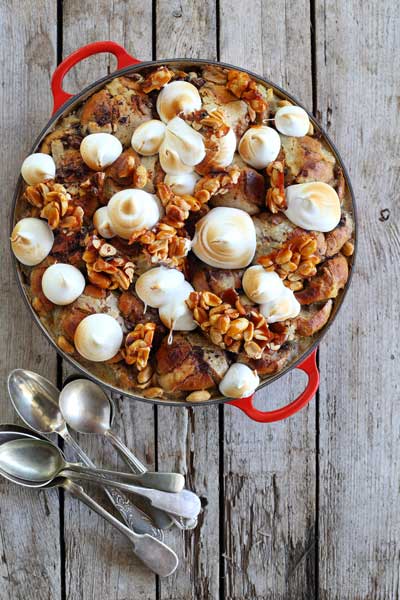 Now that you know all about the significance of hot cross buns at Easter, check out our other Easter recipe inspiration.