Imagine how you would feel if Elvis invited you into the Jungle Room at Graceland to serve you peanut butter, banana and bacon sandwiches, milkshakes and happy pills. Or to be more current, imagine how a 14-year-old girl would feel after a meet and greet with Justin Bieber. Both scenarios come close to describing how I felt about an hour into my interview with Brewmaster Wolfgang Koedel, when he poured me an Amber Weiss straight from the tank at CBC. Oh, this man certainly speaks to my beer soul.

I knew we would be fast friends when, an hour earlier, he patted his pockets for something with which to open a beer that had just been bottled minutes before. Eager to get my mouth around such a fresh beer, I too, patted my pockets for my cigarette lighter and, snap!! – he pulled his lighter out at the same time and deftly popped that cap.

Wolfgang started as an apprentice brewer about 30 years ago in Bavaria (at Maisel, if my memory serves me correctly), went on to Paulaner where he ended up in charge of opening craft breweries for them in Shanghai (where he met his wife), Manila and Singapore before opening up in the V&A Waterfront where he dazzled us with really, really good Bavarian-style beers at the now, sadly, defunct Paulaner Brauhaus.

There were tears in my beer the day Paulaner so suddenly closed its doors, but fortunately, the beer gods burped a cheery smile upon us beer lovers and blessed us with the ‘Gorgeous Green Monster’ which is the Cape Brewing Company at Spice Route on the slopes of Paarl mountain.

Let me explain my moniker here.

Gorgeous – the brewery itself is a thing of beauty, with all its inner workings open to visitors and with such a spectacular view over the Boland it surely is one of the most beautifully situated breweries anywhere.

Green – all brewing happens at a steady 93 degrees Celsius, meaning that the mash is never brought to a boil, which in itself is an energy saver. Then, there is the energy back system which means that up to 70% of all energy is retained as the soft spring water, from a source on the farm, used for cooling, is being heated to the correct temperature for the next brew.

Monster – this was actually Wolfgang’s description of his new toy, which is most certainly the most advanced brewing system in Africa.

Cape Brewing Company is the game changer the beer scene has been waiting for. After a few short months they are already exporting to Sweden and demand for their beer in our other provinces has been quite mad. I think it quite possible that their 30 hectolitre ‘monster’, even at three brews a day and yielding up to 90 000 litres per day, might soon be straining under the demand for these perfect beers.

Ever since I ‘discovered’ CBC, I have become both convert and disciple. For the last two months almost no other beer has been drunk in my house and nightly I aim to finally choose a favourite between their Lager, Pilsner, Kristal Weiss and Amber Weiss. I am, however, no closer to chosing a winner.

All of the beers are offered in 440 ml bottles, which, when poured with a healthy head, fit perfectly into a 500 ml pint glass. The pricing too, is quite exceptional for such exceptional beers. The Lager is R77 for 6 x 440 ml, the Pilsner is R88 for 6, and both the Kristal Weiss (which my wife describes as her perfect beer) and Amber Weiss are R99 at the brewery itself. Considering the super high-quality of the ingredients, it is astounding that these beers are cheaper than all of the imported premium beers.

Available, sadly, only at the tasting room is The Devil. Wolfgang’s wife describes it as an IPL, a super bitter lager made like an Indian Pale Ale and which is, surprising to Wolfgang, very popular with younger beer drinkers. 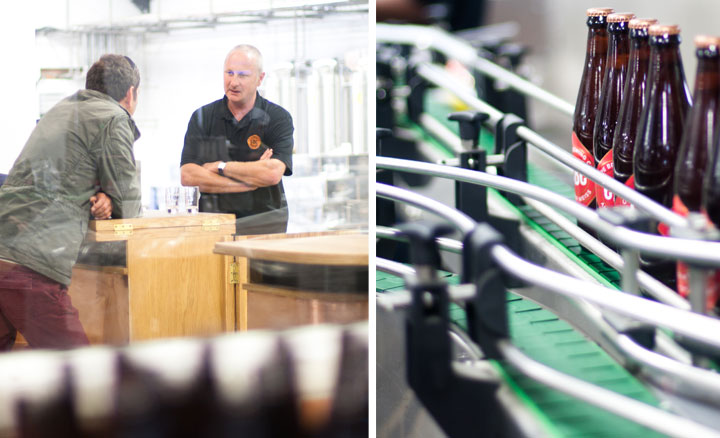 Callie: What is your definition of craft beer? Is it about quantity, quality or the overall attitude of the brewer?

“Hand-crafted by a brewer with a craft background, quality and care in the use of ingredients and most certainly the attitude of the brewer and care for the final product. Think F1 car, not Citi Golf,” came a quick and self-assured answer from someone who has been involved with the Cape Town craft scene going on eleven years.

Wolfgang’s door is, and has always been, open to newcomers to the scene – always guiding and helping with ingredients.

Callie: What do you like about the local brewing scene and do you sometimes feel at philosophical odds with new brewers and their penchant for heavier, fruitier, flavoured ales?

“I love that South-African craft brewers are not so serious. They are more cheerful and cocky and this leads to very interesting beers and great variety. Naturally, I was schooled in the stricter tradition of the German purity laws, which have schooled me well, but I am not a purist in the sense that I will only use ingredients from certain areas and I will certainly use chocolate nibs from DV Artisan Chocolates next door for a chocolate stout planned for this winter.”

Callie: When do you stop tinkering with a beer recipe?

“Nothing is ever 100%. I am always making small adjustments, always looking for better hops and malt to suit the particular beer”.

Callie: Where do you see CBC in 10 years?

“CBC is much more like a family than a job and I will surely still be here. And, yes, I am assured we will be the most successful craft brewery in South-Africa.”

Callie: Do you solemnly promise never to give any of your beers a silly ten word moniker such as ‘Paarl Mountain Spring Water Early Morning Half-Asleep Arrogant Bastard Ale?’

“HAHAHA! That is a promise!”

Spoiler Alert: CBC is planning a very festive and ‘not-so-mini’ Oktoberfest event. I suggest you make sure you get on to their mailing list, pronto!! 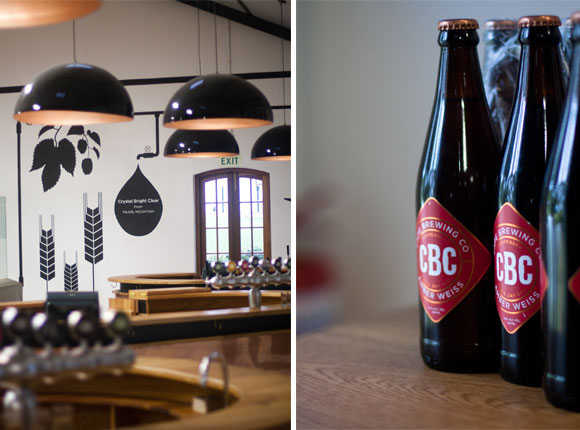 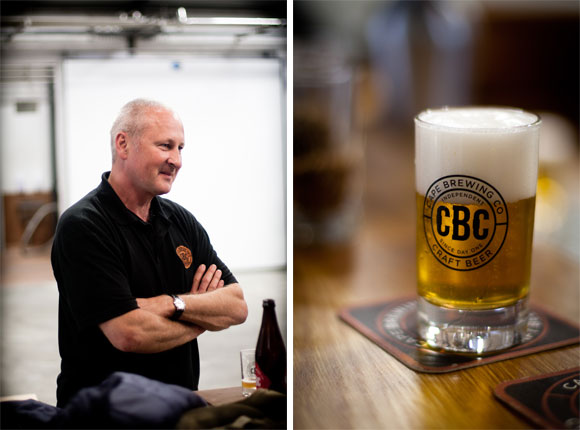 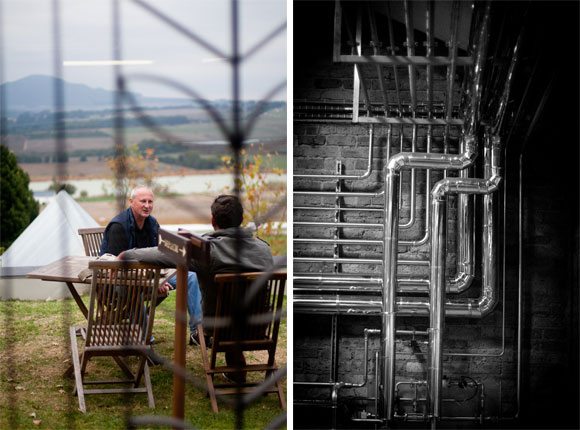