Traditional Breakfasts Around the World

Being a melting pot of cultures, South Africa doesn’t quite have one traditional breakfast. To you, the makings of a delicious breakfast may be a family fry up, a bowl of mielie pap or oats. Perhaps a cup of coffee and a croissant are enough to get you through the day.

But have you ever wondered what people from Vietnam or Turkey enjoy for breakfast, or what the rest of the world considers breakfast? Our continental idea of breakfast may not be as universal as we imagine… If you haven’t had breakfast yet, grab a spoon or fork because we’re going on a virtual tour.  Let’s explore traditional breakfasts around the world. 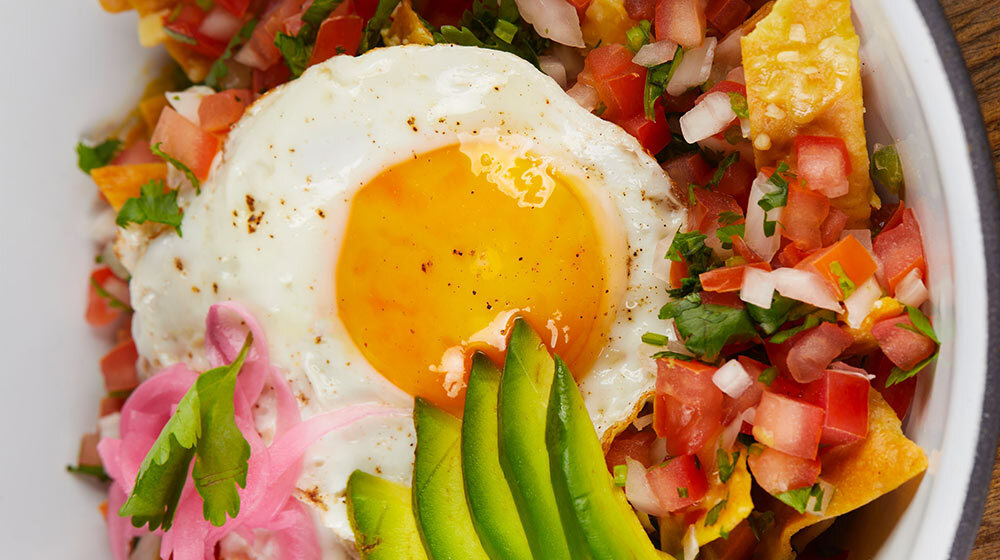 We’re starting this breakfast tour off with a bang and taking it all the way to Mexico for a plate of chilaquiles. This is the ultimate breakfast dish because you get your ‘traditional’ breakfast, with a decadent twist.

Chilaquiles is made using repurposed tortilla, tossing it in salsa and adding a sunny side up egg, with guacamole on the side. A spectacularly vibrant dish, chilaquiles is served with a sauce of your choosing, chilaquiles verde (green) or chilaquiles roja (red). Whichever you choose, you’re in for a flavour explosion. 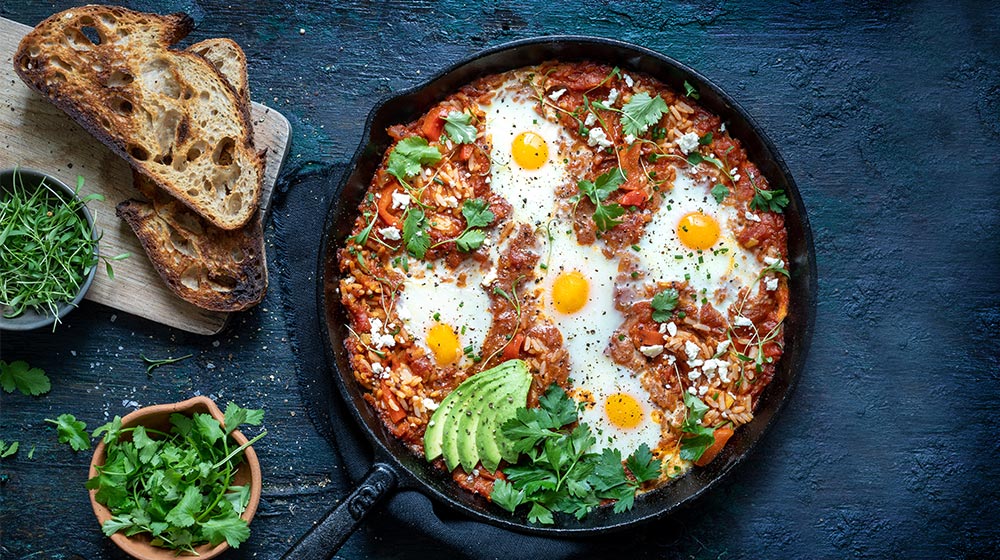 The next stop on our breakfast world tour is Purgatory. Just kidding, but there is much speculation around the name of this dish. The most consistent theory is that it was inspired by Catholicism — where the eggs represent souls and the bubbling, spicy red sauce is meant to depict fiery ‘hell’.

Another name for this dish is Italian Shakshouka, a dish loved by many and which has variations. This version is a traditional Italian breakfast, made using leftover pasta sauce and adding spices and chorizo, before poaching the eggs in the sauce. As implied, it’s sinfully delicious and one ‘helluva’ dish. 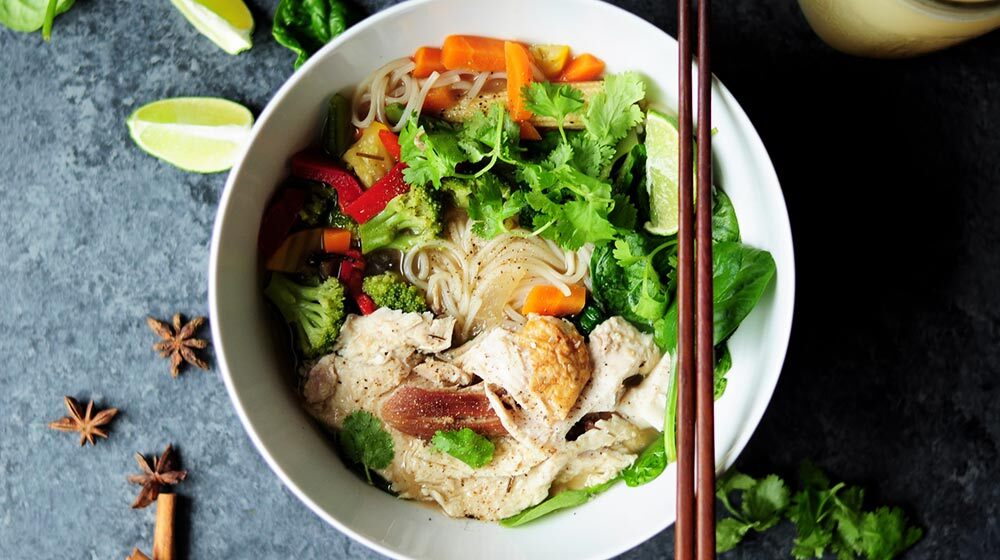 Having soup for breakfast might sound foreign, but given the humidity in Vietnam, it actually makes sense. If you’ve never tried pho, it’s basically a soup with a broth-like consistency. Pho contains several delicious ingredients like rice noodles, star anise, ginger, cilantro and Thai basil. It has incredible nutritional value and is packed with rich flavour.

So, next time you have a hangover and decide to have a greasy breakfast to ‘feel human’ again, a bowl of pho may be just what you need. It’s pho-nomenal! 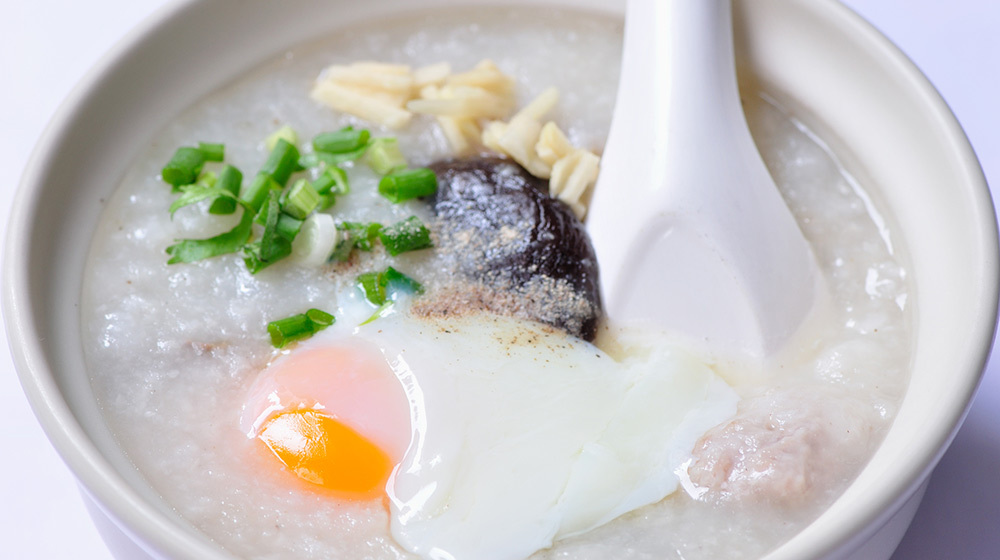 Rice is a staple in many Asian countries, so it shouldn’t come as a surprise that it’s the staple ingredient for the traditional breakfast dish known as, congee or rice porridge. This dish is consumed in many traditional Chinese households.

Using fragrant jasmine rice as its canvas — congee is incredibly versatile and can be served as a sweet, savoury dish or in its simplest form. Congee is usually layered with a fried or a hard-boiled egg. Depending on preference, it could be served with ham hock, scallion, dried shrimp, crispy onions or even goji berries. If you’re a fan of rice pudding or risotto, this dish is definitely worth a try. 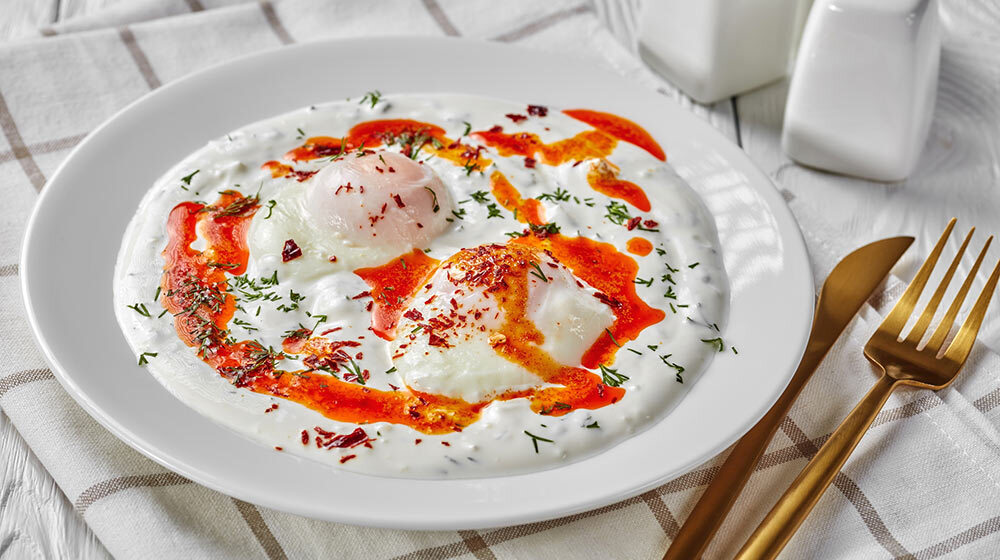 Çilbir (pronounced chl-br) or more commonly known as Turkish eggs by non-Turks, is probably one of the traditional breakfasts you’re more familiar with. This deliciously simple dish consists of poached eggs, on a bed of luscious garlic yoghurt dip and is served with pide bread. If you’re not sure what pide bread is, imagine focaccia and pita had a ‘love child’ — that ‘love child’ would be pide bread.

What makes this dish undeniably delicious, is that it’s topped with sizzling hot paprika-infused butter and chilli flakes to garnish. Before you cast any aversions, we’ll have you know, this dish is totally worth the morning garlic breath. 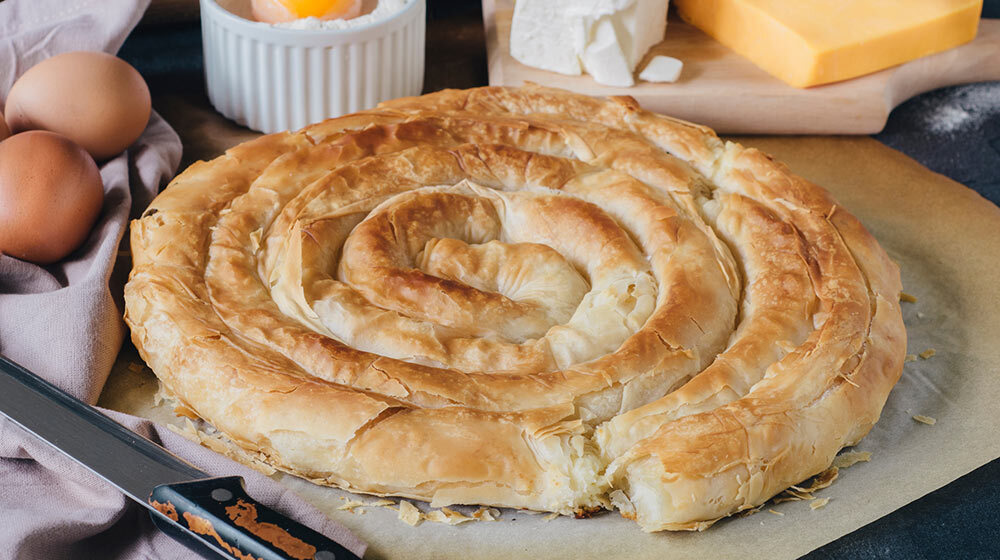 Sorry to disappoint, if you thought Bulgaria’s most consumed breakfast would be Bulgarian yoghurt. It’s not, however it is a component of this breakfast dish. Banitsa is a traditional breakfast phyllo pastry dish that’s filled with whisked egg, yoghurt, flour and Bulgarian white-brined cheese. It has a couple of variations, which incorporate spinach and other yummy vegetable fillings. 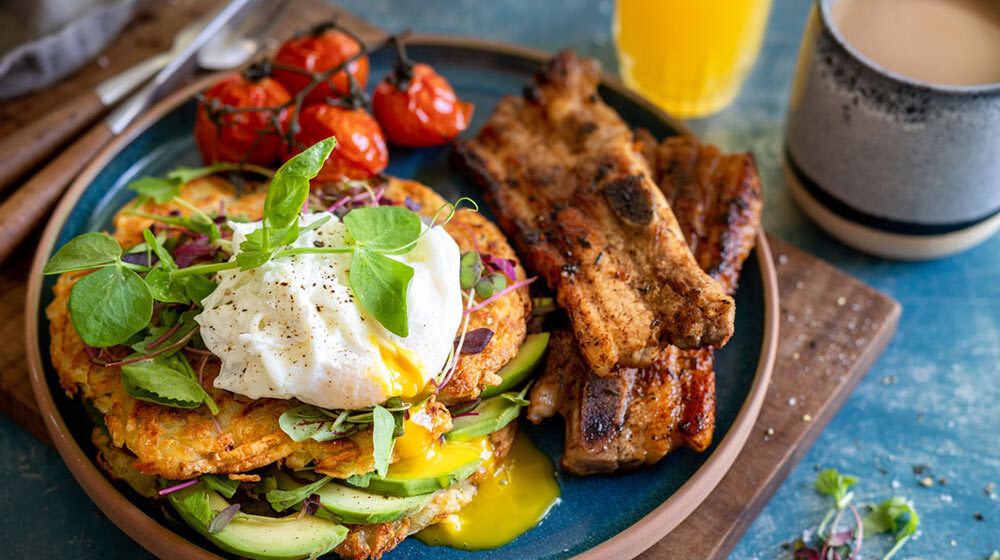 Who doesn’t love a good family fry-up? It’s quick, easy, hearty and you essentially get to build your breakfast plate. Most fry-ups traditional fry-ups contain eggs, bacon, sausage and baked beans on the side.

What makes a British fry-up unique is the addition of black pudding — a regional blood sausage, normally served in Great Britain and Ireland. While black pudding has always been a fry-up essential, more Brits are swapping their black pudding and traditional fry-ups for eggs, avo, cherry tomatoes and toast. 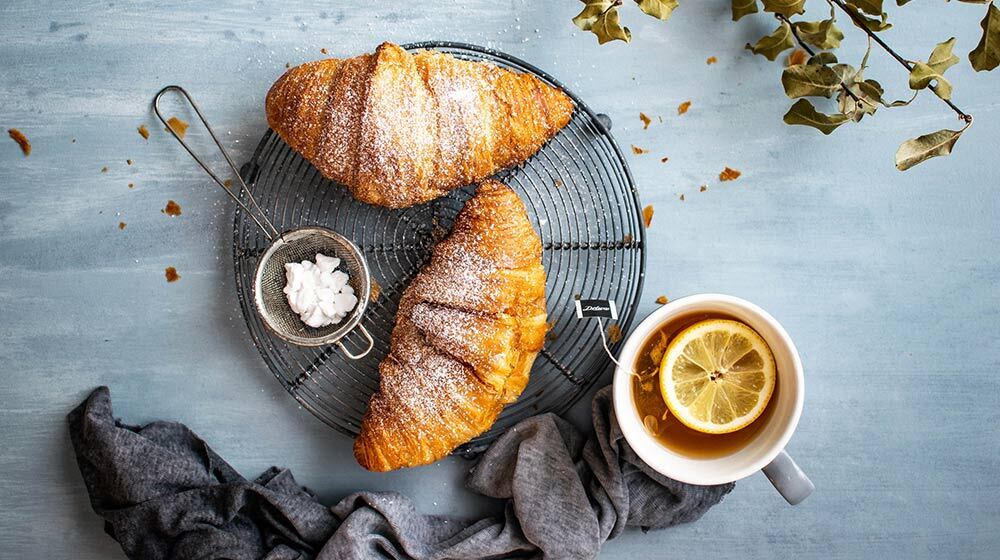 After learning that croissants might not originate from France, I’ve questioned everything I know to be true. If you follow the trail of flakey croissant crumbs it will lead you to Vienna, Austria — where the earliest crescent croissant-like pastries were discovered. Although the croissant’s origins are widely debated, the French term ‘viennoiseries’ is used to refer to leavened baked goods from Vienna. There are a couple of theories on its origins, all we know is that it’s universally delicious.

Apart from croissants, the French typically like to keep breakfasts simple, either with pastries or tartines served with cold meats. Coffee or fresh orange juice with the addition of ginger is also commonly served with a French traditional breakfast.

If not a croissant, the French do love them some tasty tartines. 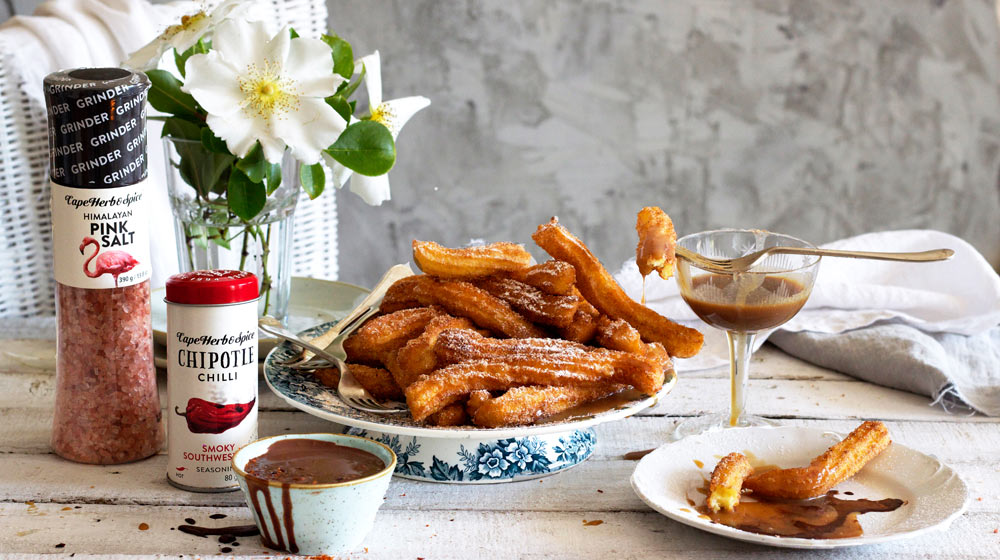 If there’s one country that knows how to do dessert-for-breakfast, it’s Spain. Traditional breakfasts in Spain differ regionally, from potato omelettes to grilled croissants, to empanadas — but churros con chocolate remains a national favourite!

If you’re not a ‘morning person’ we reckon this deep-fried, cinnamon-sprinkled sugar pastry is enough to change your ways and we can one hundred percent back this up with science. Science — churros con chocolate is served with a dark chocolate dip, and dark chocolate contains endorphins.

So if you’re a grouch, pop a churros con chocolate in your mouth! 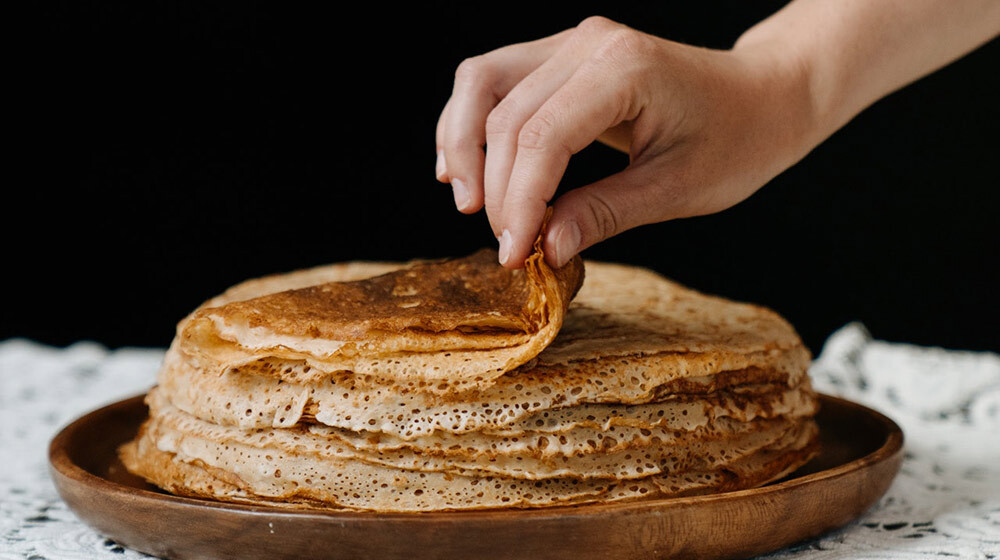 Moroccan traditional breakfasts differ from house to house. Some prefer to have an assortment of olive oil, raw honey, cheese to accompany their bread. Another popular breakfast in Morocco is semolina pancakes, which are known for their distinctive holes, given by the yeast component. Beghir is normally served with supple, raw honey and is one delicious breakfast treat. 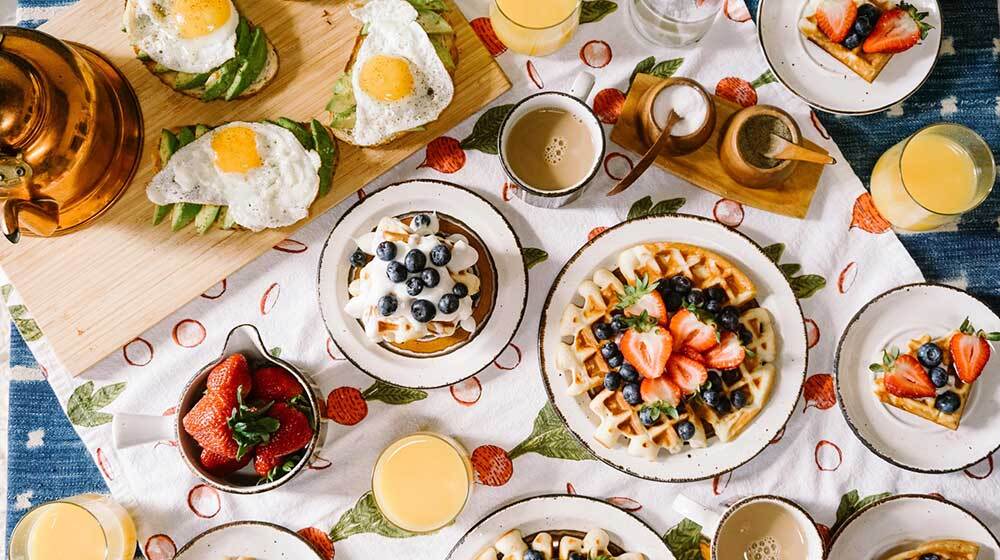 The bacon used in Canadian traditional breakfasts is referred to as ‘peameal bacon’. This is owing to the age-old practice of rolling cured bacon in ground yellow peas, as a means to extend its shelf life. Peameal bacon is a delicious pork cut taken from pork belly. 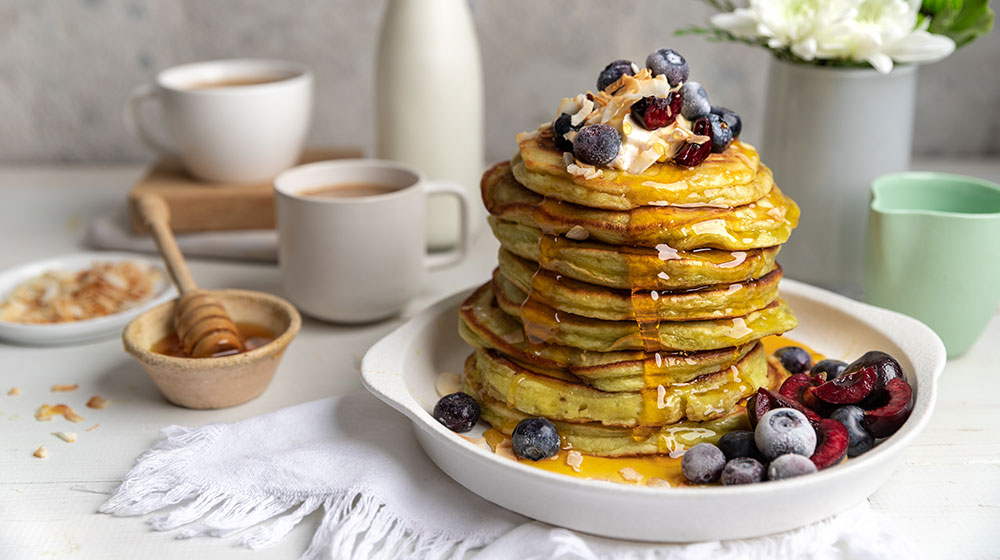 Every country has its version of a pancake and what the Americans consider pancakes — South Africans and Brits call flapjacks. American-style pancakes are usually fluffy, thick, stacked ceiling-high and served fresh off the griddle. This all-American breakfast is traditionally served with a knob of butter, streaky bacon, scrambled eggs, fresh berries and excessive amounts of syrup. Yes, please! 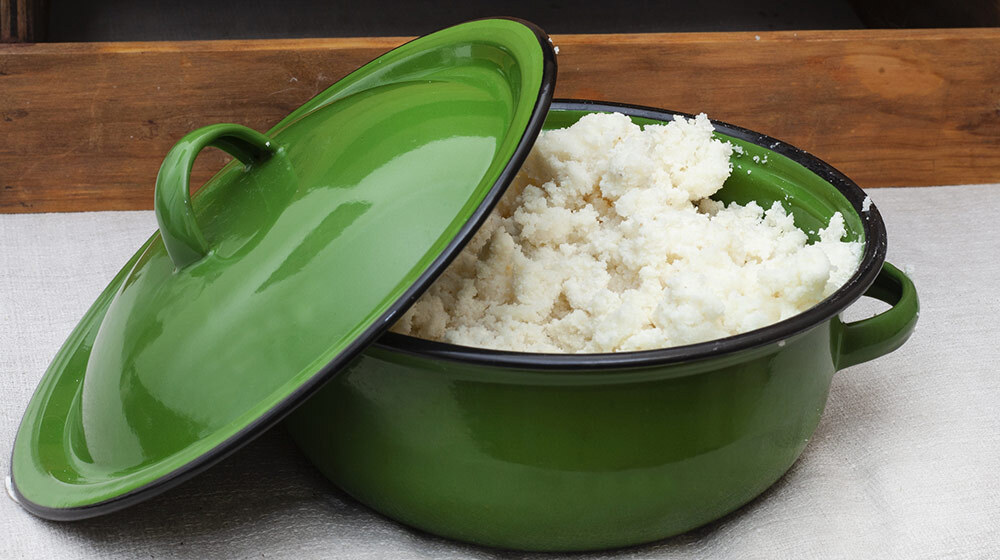 We forgot to mention that this breakfast world tour is a round-trip, so that leaves us on familiar soil — South Africa. Being a culturally diverse nation, there is no one traditional breakfast in South Africa. Some might call a full-English, the breakfast of champions, but mielie pap has undoubtedly sustained us as a nation.

Mielie pap or maize meal could be served either sweet or savoury, depending on the meal. Normally served with sugar and sometimes a knob of butter and a dash of milk or maas — a thick, naturally soured milk. Mielie pap is incredibly diverse in terms of consistency and texture. It could be thick, runny, smooth or clumped (krummelpap). It’s entirely up to you!

If you’re belly is rumbling for brekkie, check out these recipe ideas.