Aquafaba and How To Make Vegan Mayonnaise

With the veganism movement growing at a rapid pace, discoveries are being made every day about ‘veganising’ animal-based food products. Last year, aquafaba was the breakout food star of the year (move over kale) when people realised that the liquid from a can of legumes (chickpeas, white beans etc) could be used as an egg replacement. Everything from mayonnaise to meringues and buttercream to nougat, delicious food items that were traditionally off-limits to vegans and people with egg allergies, are now made available without the addition of strange preservatives.

What is Vegan Aquafaba Mayonnaise?

Mayonnaise is one such food item, one that is close to most people’s hearts and it can be tough to imagine a burger or a sandwich without it. Well, if you’re vegan do we have a surprise for you. We played around with aquafaba to create a 100% vegan mayo. And it took absolutely no time at all. And while a few vegan mayos are available to buy at certain health stores, what we love most about making your own is that you know exactly what’s going into it.

There are no strange additives and its surprisingly easy to make – dare we say easier than the regular kind, owing to the fact that you don’t need to emulsify the egg with oil. It easily blends together. And because of the oil, it still has that creamy and satisfying mouthfeel – in fact, you wouldn’t know the difference. It’s surprisingly stable when you add all your flavourings too, so go wild! 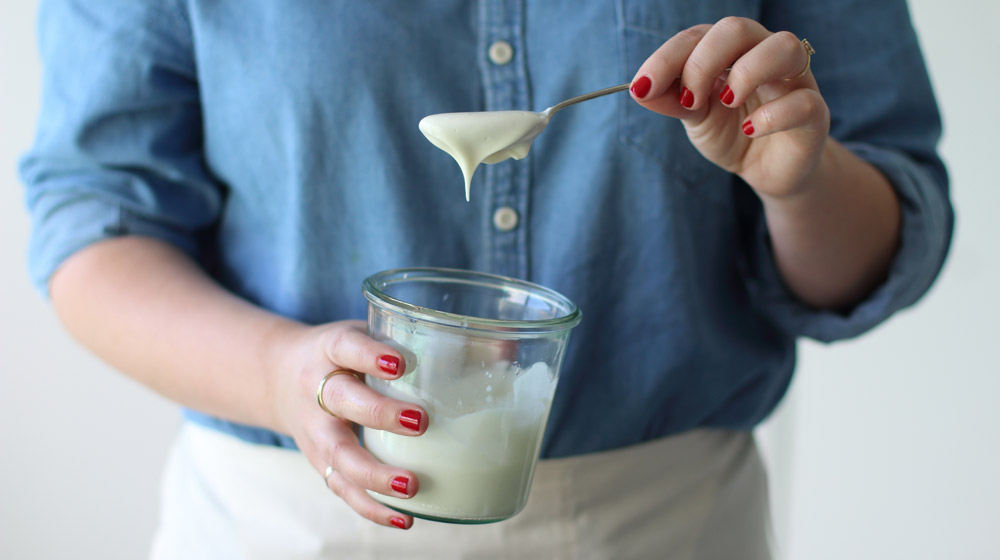 Drain a can of chickpeas and reserve the liquid. (Tip: Use the chickpeas to make this delicious hummus.)

Combine the aquafaba (brine), apple cider vinegar and mustard in the jug of a hand-held mixer. Give a quick whizz to blend.

Add the oil in three parts, whizzing to emulsify after each batch. Add salt and seasonings, taste and adjust.

Add any extra flavourings such as wasabi or Sriracha mix and then serve. Great with a vegan burger or as a dip for French fries.