According to Andre Simonis, Managing Director at the Oude Molen distillery, the new Oude Molen XO sets the bar for refined, elegant and opulent Cape Brandy.

“We still produce our brandy according to the age-old French traditions, adopted by Dutch born distiller, René Santhagens in 1910,” he says. “These centuries-old techniques combined with the perfect marriage of terrior and craftsmanship defines the luxury indulgence of this XO Cape Brandy.”

“All XO grade Cape Brandy must be matured in oak barrels for at least 10 years,” he explains. ”The brandy used in the Oude Molen XO is between 10 and 16 years old, making it an exceptional example of the XO grading,” he says. “To put it into perspective, the French Cognac equivalent for XO is 6 years minimum, which puts our XO at the top of the grading for a Cognac-style brandy.”

He adds: “We are proud to present this award-winning Cape Brandy to South Africa and recognition needs to be given to our team who are involved from beginning to end; Eddy Beukes, Distillery manager and the blending team comprising Andy Neil and Lara Patrick headed by Kobus Gelderblom.”

Oude Molen XO will be available on shelves nationwide from the end of July at a cost of R800 a bottle. 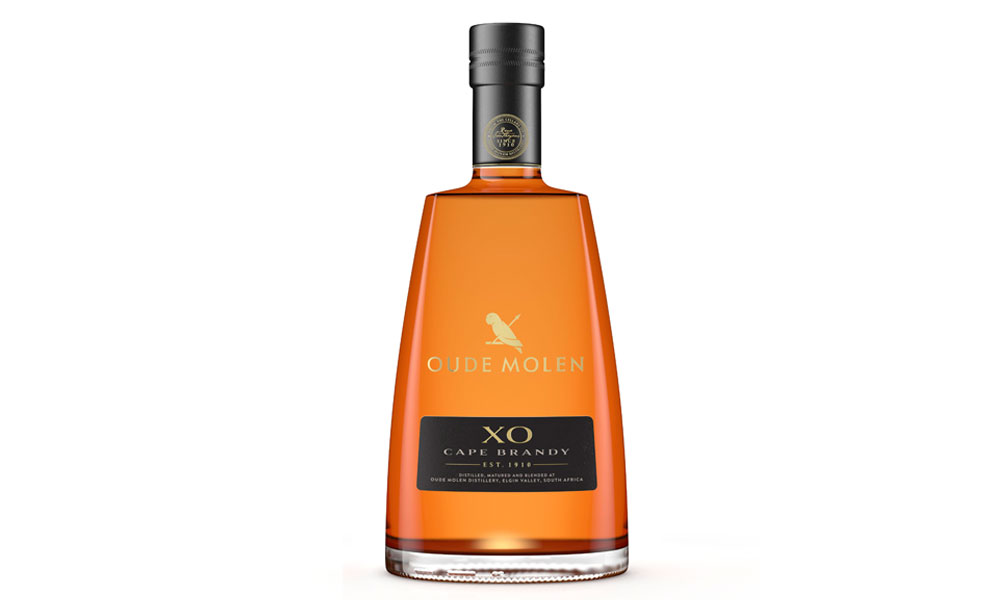 Coconut and tropical fruit entice the nose, with hints of litchi and banana. These open up to a deep fruit palate with peach and apricot undertones. Subtle oak lingers on the swallow, with coconut and a long lasting finish.