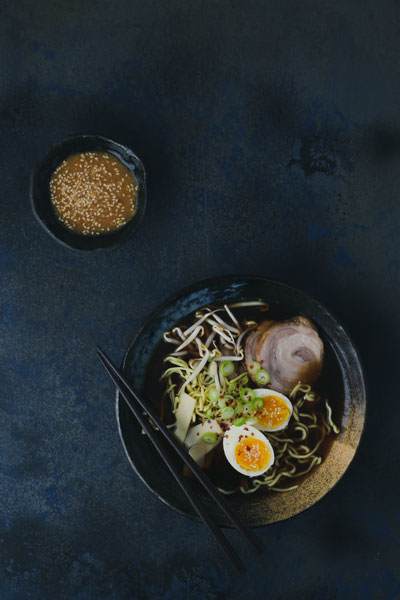 Tonkotsu Style Broth
Start by placing the trotters and wings in a large stock pot and fill it with cold water. Place over a high heat and bring to the boil. Once it reaches a boil, remove from the heat and drain out the water. You want your bones and trotters to be clean, so use a chopstick to fish out bits of coagulated blood and any dark matter. Use this opportunity to pull the skin off the chicken wings and discard. Place the trotters and wings back in the cleaned stock pot.

Heat up the vegetable oil in a large frying pan over a medium-high heat and brown off the onion, garlic, ginger, leeks and spring onion whites. You really do want good colour all over, so let this cook for a while and don’t worry if they get dark. This will all add to the flavour of the broth. Place the browned veggies in the pot with the bones and top up with fresh water.
Place back over a high heat to bring to a boil, skimming any scum that floats to the top. Be sure to keep the edges of the pot clean too, by wiping it with a damp cloth.

Reduce the heat to a slow boil and cook for at least 12 hours, up to a maximum of 18 hours. If you need to go to bed, place the pot on the lowest heat available and return to a boil when you wake up. Lower the heat and continue cooking as before. While this cooks, move on to your pork belly.

In a small saucepan, stir together the Soy sauce with the water, sake and mirin (or your white wine and water mix), sugar, spring onions, garlic, ginger, and onion. Place the saucepan on a high heat and bring to the boil. Once it reaches boiling point, remove from the heat and pour into a small roasting dish. Place the pork belly in the liquid, don’t worry that it’s not fully covered, and cover with tin foil. Pop it into the preheated oven and cook for about 3-4 hours. Be sure to turn the belly occasionally, until pork is fully tender and you’re able to slide a thin knife into the centre of the belly with little resistance. Transfer the belly and the liquid to a sealed container and refrigerate until ready to be used.

Garlic, Sesame and Chilli Oil
Add the canola oil to a saucepan. Finely microplane/grate 10 of the garlic cloves and add to the pan (the other two will be used later). Cook over medium-low heat, stirring constantly until golden brown golden brown. Then reduce the heat to low and continue to cook, stirring frequently, until the garlic turns an even deeper brown and becomes very sticky. This will take some time, so be patient.When the garlic is nicely coloured, remove from the heat and add the sesame oil. Transfer to a blender and blend for about 20 seconds until the mixture is completely combined.

Return the mixture to the pan, then microplane/grate and add the remaining 2 garlic cloves and the chilli flakes. Cook over a low heat until everything begins to bubble. Remove from the heat and set aside to cool.

Grind sesame seeds for a second in a food processor until roughly ground, but still quite chunky. Stir sesame seeds and sugar into the oil mixture. Season to taste with salt. Place in an airtight container. This oil can be stored in the refrigerator for up to 2 months.

Ramen Broth cont.
When you think the broth has cooked long enough (taste it, if there isn’t much flavour let it go for another hour or so), turn the heat up and allow the liquid to reduce for about 30 minutes. Strain through a fine mesh strainer into a clean pot and discard the bones.

To Serve
When you’re ready to serve, ensure that the broth is hot and season with soy sauce or salt. Remove the pork belly from the marinade (reserve the marinade for another use  – you could marinate your softly boiled eggs in this liquid). Either heat the pork up in the oven on a low temperature or alternatively heat it in the broth itself. Once heated through, slice the pork belly into thin rounds.

Divide the broth between bowls, place the ramen noodles in to warm up, along with slices of pork belly. Dot the boiled egg halves around and scatter over the bean sprouts, bamboo shoots and spring onions. Serve immediately. 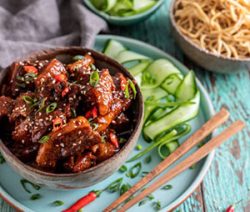 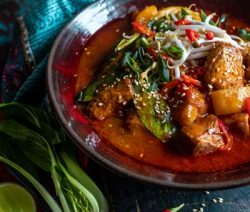 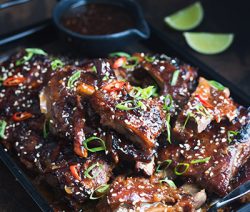 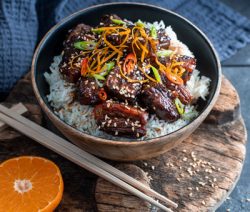 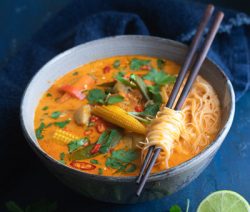 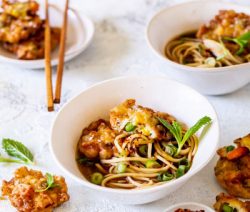 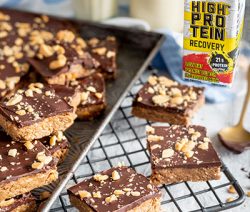 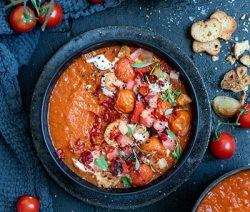 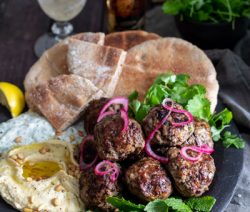 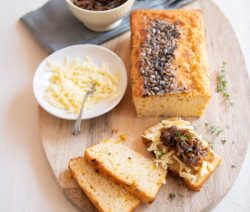 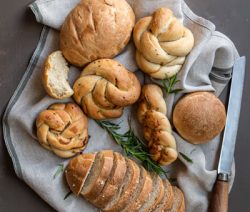 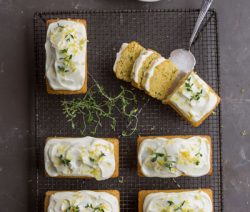 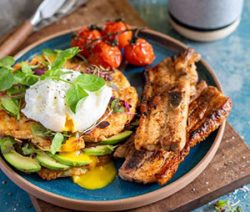