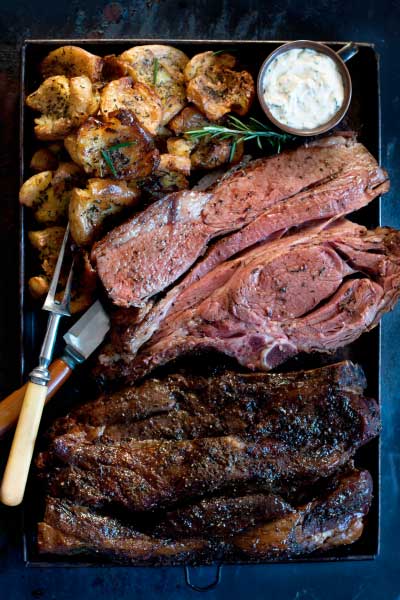 The double cream horseradish is an indulgently rich, creamy sauce has that has a distinctive, tartness that pairs so well with rare beef.

Season the roast generously with freshly ground sea salt at least an hour before cooking. The salt will draw out moisture and then dissolve in it. Over time the moisture will be absorbed back into the meat. This process helps to get more flavour into the meat. For best results season the meat a day in advance and let the roast rest in the fridge uncovered.

Mix all of the ingredients together until combined.

Melt the butter in a frying pan over medium heat while stirring occasionally. When the butter starts to foam, use a spatula to move it around the pan to prevent sticking. As it foams it will give off a nutty aroma. When it turns light brown remove it from the pan to prevent burning. Pour the butter into a bowl and allow to cool slightly. Add the spice rub mix, stir to combine and then refrigerate to firm.

Generously slather the roast with the buttery spice mix. Roast on a roasting rack in the oven for 3 ½ hours. At the 3 ½ hour mark insert a meat thermometer into the centre of the roast to give an indication of internal temperature. For rare beef it needs to be around 52 °C to 55 °C. For medium rare, 55 °C to 60 °C. When the meat has reached the desired internal temperature remove from the oven. Cover loosely with foil and rest for 30-40 minutes (continue with cooking the potatoes while the meat rests).

Turn the oven up to 240 °C or its highest setting and use the convection setting if you have one.

Boil the potatoes in a saucepan of salted water over high heat. Once cooked, remove from heat and drain. Oil a large baking tray with olive oil and then place the hot potatoes onto the tray. Use the back of a large spoon to gently crush the potatoes, while still keeping them intact. Season with salt and pepper and top with rosemary and thyme. Give each potato another generous glug of olive oil and then roast at 230 °C for 30-40 minutes until golden brown.

Whisk all of the ingredients together and refrigerate ready to serve.

Once the potatoes are done, roast the beef at 240 °C for 6-8 minutes until it has a browned, crusty exterior. Remove from the oven, carve* and serve. The beef can be rested, but for this cut it’s not necessary.

*To carve a cut of prime rib, use a long, sharp chef’s knife and run the blade along the contour of the bones, cutting the meat from the ribs in one piece. The roast can then be sliced and served. 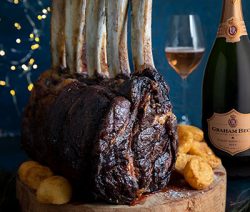 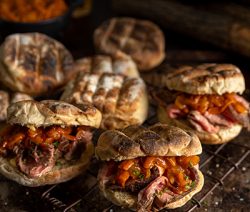 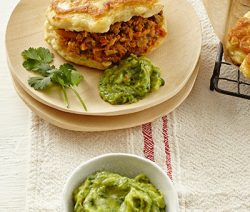 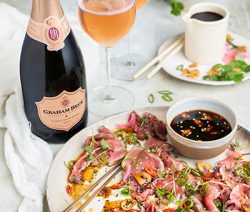 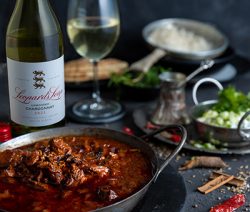 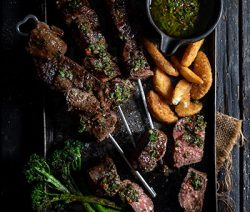 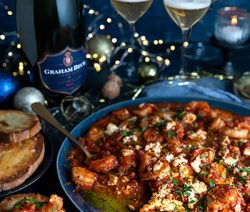 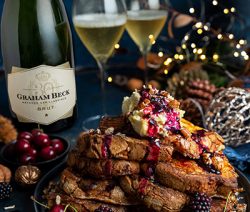 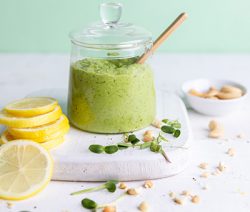 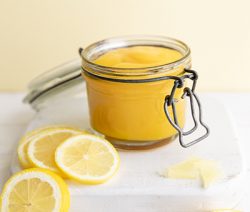 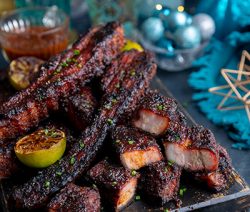 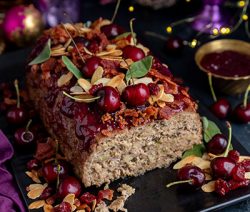