Plant Café Cape Town is Back and Better Than Ever

When we heard that Plant Café in Loop Street was closing last year we were devastated – where would we go for the most amazing vegan quesadillas in town? Fortunately, the closure of Plant Café Cape Town was fairly short-lived and when we heard of its re-opening in November 2017 we were overjoyed, as we’re sure the vegan population of Cape Town were too. 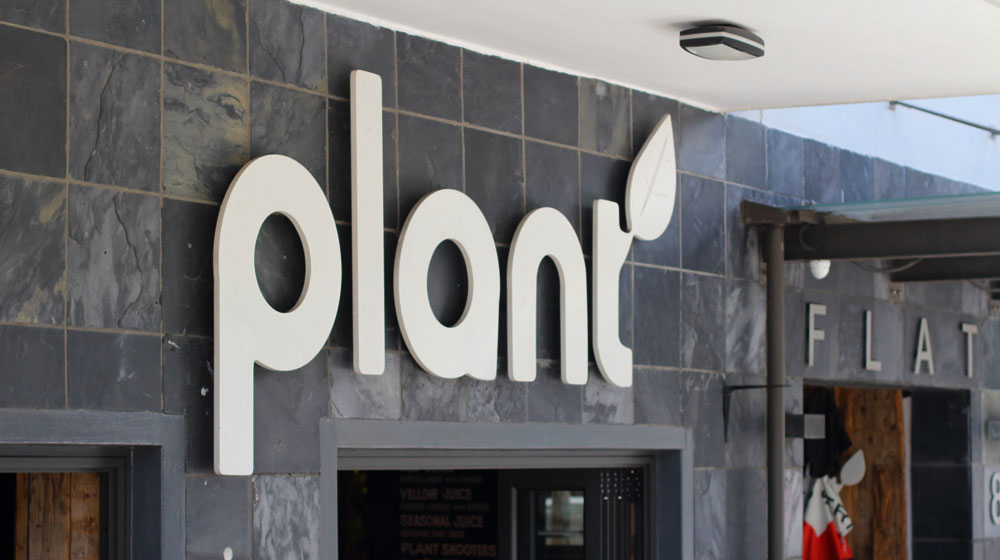 If you pop into the restaurant these days, you are likely to bump into new partner Pierre Lambret, a South African-born Frenchman who has recently relocated to Cape Town.

Pierre had visited Cape Town with the intention of looking to move here and open a vegan eatery. As a vegan himself, he had visited Plant Café and when he heard of its closure, he saw an opportunity to invest, re-open the popular café and make the move to the Mother City permanently. And that’s exactly what he did. He now co-owns and runs Plant with business partner Adien V Aggenbach. 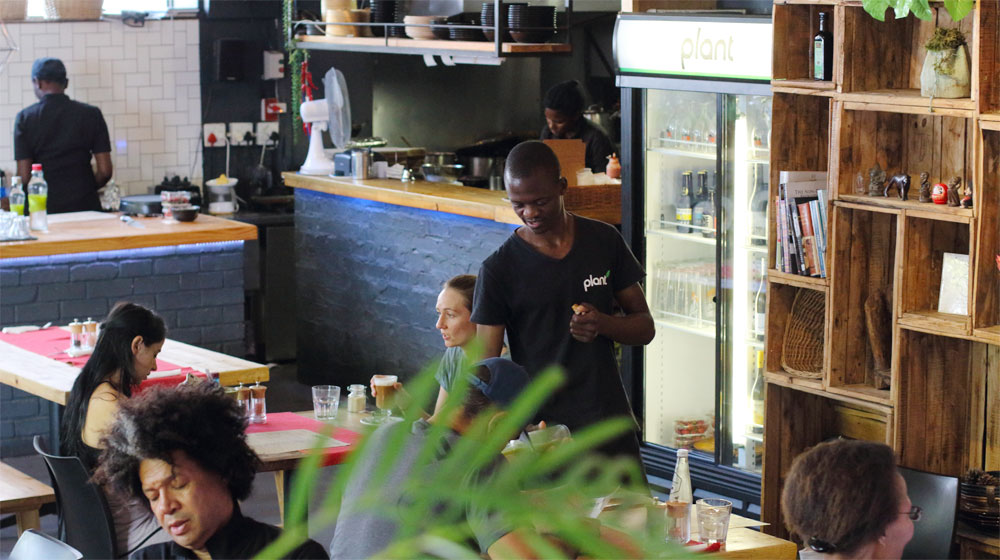 Regulars will be glad to know that there are plenty of the restaurant’s previous menu favourites still available (those quesadillas being one of them) but there are also a bunch of exciting new menu items – even a few with some French flair thanks to Pierre’s involvement (think buckwheat mushroom crêpes – yum!). 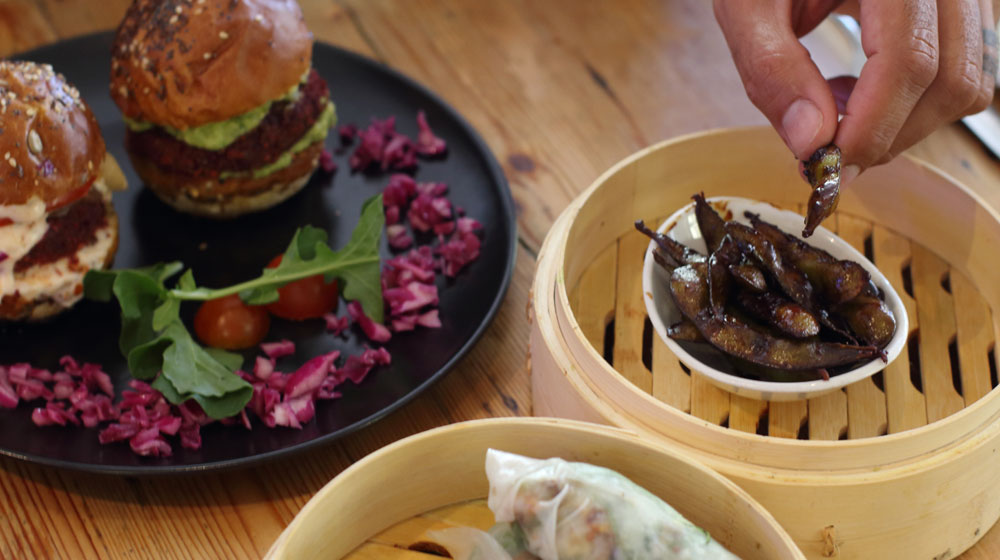 Another noticeable change to the space itself, are the new street-level concertina windows. They open up the space beautifully and let in plenty of natural light.

As always the service at Plant is friendly and informative and just reading the menu will make you feel healthier and like you are making a difference in the world.

There are plenty of fresh and tasty sounding options and it’s actually hard to choose. In an effort to get a sense of the menu, we selected a few things to try.

Something new to Plant Café (just last week in fact) are their Fried Cheese Sticks – we know right!? How exciting. Honestly, they are delicious. Cashew cheese is breaded and deep fried (what’s not to love about that?) and served with two delicious dipping sauces that will have you sticking your fingers right into the bowl. A homemade sweet, tangy tomato sauce and a maple and balsamic sauce. So good! 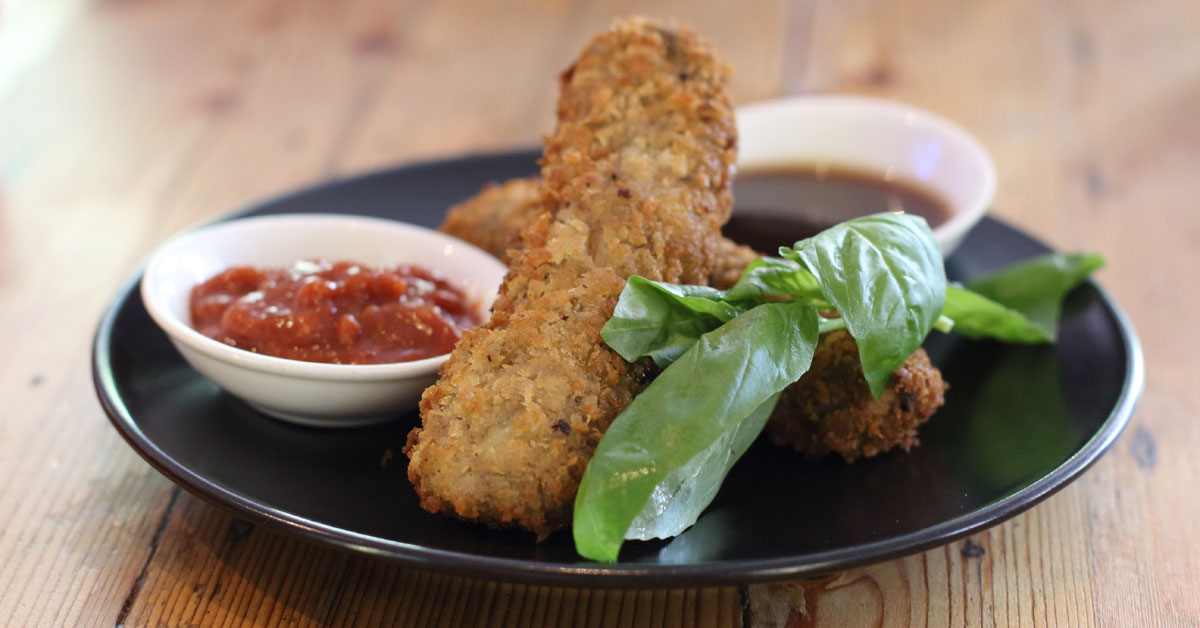 My dining partner and I are on a bit of a rice paper roll binge at the moment, so the Exotic Mushroom Rice Paper Rolls with Miso Ginger Dip were next. These are served with edamame beans on the side. The rice paper rolls are filled with fresh veggies, fried mushrooms and some welcome crunch from sweet cashews. The edamame beans have a deliciously salty miso coating, the kind of salty that you just keep going back for. 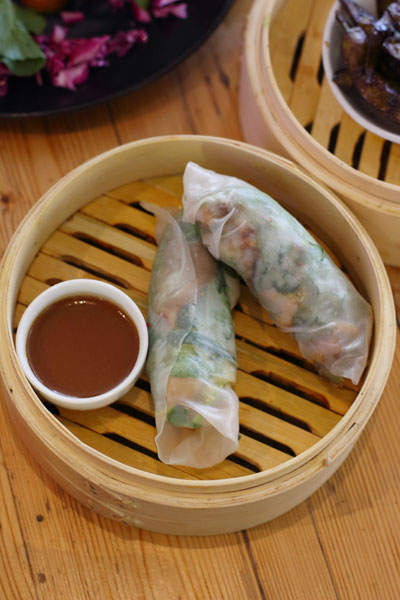 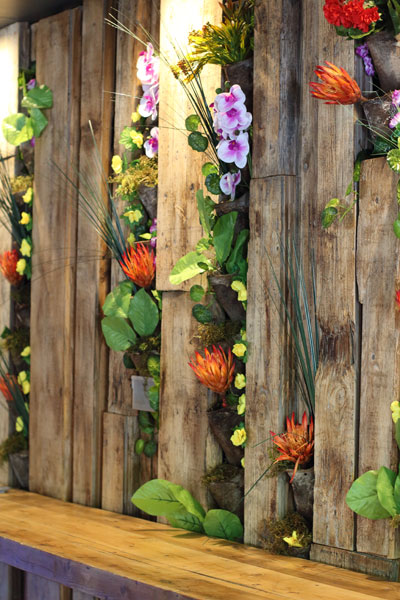 We realised after this course that the Burger Duo and Warm Kale and Quinoa Salad that were still coming were an overshoot – as usual our eyes were bigger than our tummies. But we made a good dent in both when they arrived. We tucked into the beetroot-oat burgers, differentiated by their toppings of guacamole with coriander and caramelised onions and spicy mayo. Very yum. 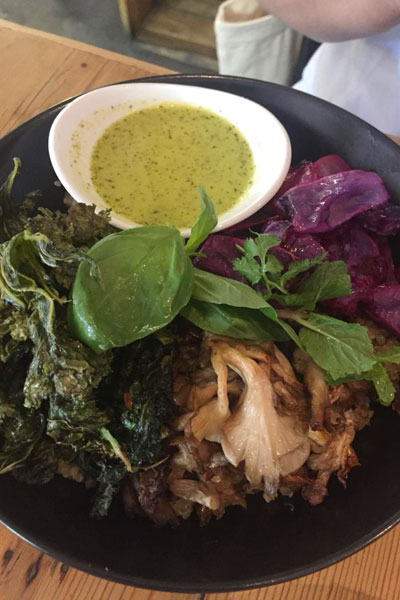 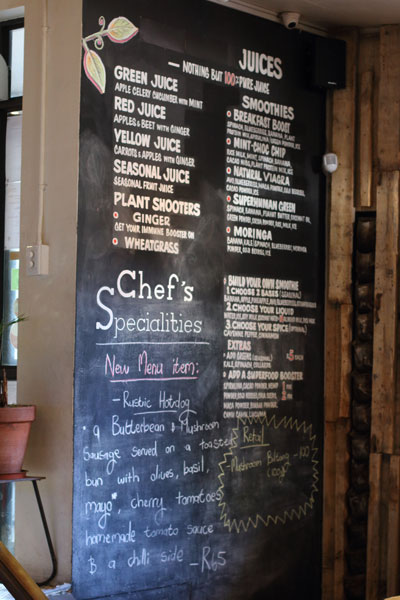 We started on the warm salad, which includes pan-fried exotic mushrooms and crispy kale, but just couldn’t eat it all. We did have it boxed it up though and took it home and it made for a delicious dinner later on.

Our waiter tried to convince us to have dessert but honestly, it just wasn’t an option considering all we had already hoovered. The sweets counter is, however, packed with seriously delish looking treats like brownies and Plant’s famous vegan milk tart. We did concede and have a little chocolate truffle made with coconut oil, and of course, it was heavenly.

Why you should be eating at Plant Café, Vegan or Not

Neither myself nor my dining partner are vegan, but Plant Cafeé remains one of our favourite places to eat in the city. The delicious food proves that eating this way needn’t be boring, in fact it’s actually really exciting to see what can be done with great ingredients and a bit of thought.

Plant Café should be a dining destination for vegans and non-vegans alike and considering that a plant-based diet is an ever growing trend we expect that it will continue to grow from strength to strength.

We’re pretty sure that all the vegans in the city already know and love Plant Café and we really urge non-vegans to visit and check it out. You will be surprised and it will most likely inspire you to try and include more plant-based meals in your life, and that can only be a good thing.