A SecretEats Dinner at Spice Route

SecretEats has been running its signature pop up dining experiences since 2013 and has entertained people in Cape Town, Durbs and Johannesburg with once-off dinners in weird and wonderful spaces. Seats are limited, and as the name suggests, many of the evening’s details are kept a secret until the day of the event. Guests sign up beforehand and are invited to evenings that match their profile created through the SecretEats website.

My partner and I were recently invited to partake in one of these dinners; we eagerly anticipated the arrival of the day so that we could finally solve the mystery of where we would be dining and who would be preparing the food. The Saturday of our event we received our email revealing the location to be the Cape Brewing Company Brewery, located at the Spice Route in Paarl. My hubby, who is a craft beer fan, was thrilled at the prospect as we had been hedging our bets on a wine farm location. That evening we headed off to CBC brewery and made it into the event by giving our secret password… “I’ve got my beer goggles on tonight”. Entry sans password is simply not negotiable. 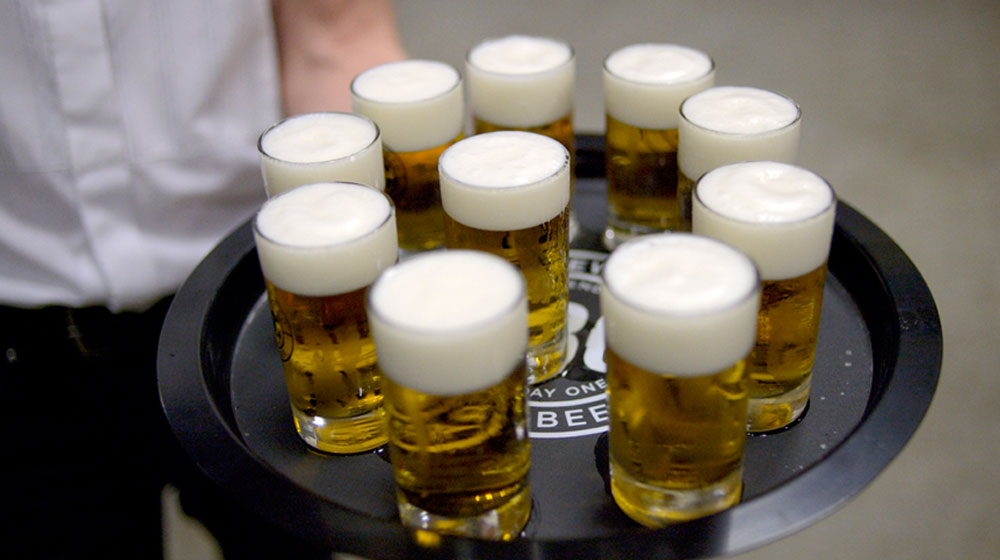 On arrival we were each given a card with a descriptor on it of someone else attending – the idea is to break the ice with strangers by trying to find your ‘person’. My husband’s card described a lady that would take her shirt off, but would expect his in return, so of course he was off immediately in search of this mystery woman. I watched as he went from group to group waiting for someone to find his question inappropriate and chuck a beer over his head. It was certainly an ice breaker and there were shrieks of laughter all over the room.

After a welcome beer and canapés, we were seated at tables within the working brewery and the chef for the evening was revealed as Bertus Basson – we might have guessed this since Bertus operates a restaurant at Spice Route. On this occasion his food truck had been pulled into the brewery and the evening’s food was being produced there. We started with seafood misto, a deep fried assortment of oysters, mussels, calamari and prawns, with Parmesan mielie pap squares. This was served with salsa verde and an amazingly zingy cucumber pickle. Following that was my favourite course of the evening – a beautifully vibrant, baby heirloom veggie salad – exquisitely turned baby vegetables served in slices both fresh and pickled, with goats cheese spume. We then enjoyed crispy duck with Asian slaw and coconut rice, chalmar rump with smoked aubergine and finally, baked pumpkin pie topped with caramelised nuts. The food was extremely generous and quantities were plenty even at a table with a couple of big, hungry guys. Each course was paired with a CBC beer – this made for thoughtful conversation which would normally centre on wine and made for a nice change. 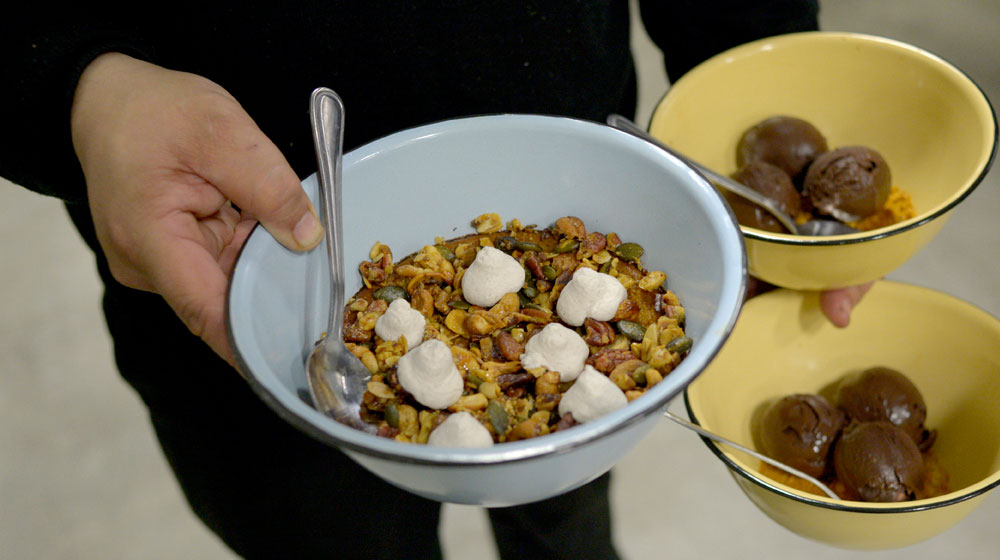 In-between courses my husband was still in pursuit of his mystery woman, however was still proving unsuccessful. We felt perhaps that he was not thinking laterally enough and that this clue required some out-the-box thinking. After a while we deduced that someone who may give you the shirt off her back and expect one in return could be someone who works for a charitable cause. While of course noble, this explanation did somewhat take the fervour out of his search. It did however result in success, as the mystery woman who worked for an NGO, was finally found! While not as initially exciting as he thought, the result was still met with a rousing victory lap around the table, several beers being downed, a lot of laughs and a sigh of relief from me. 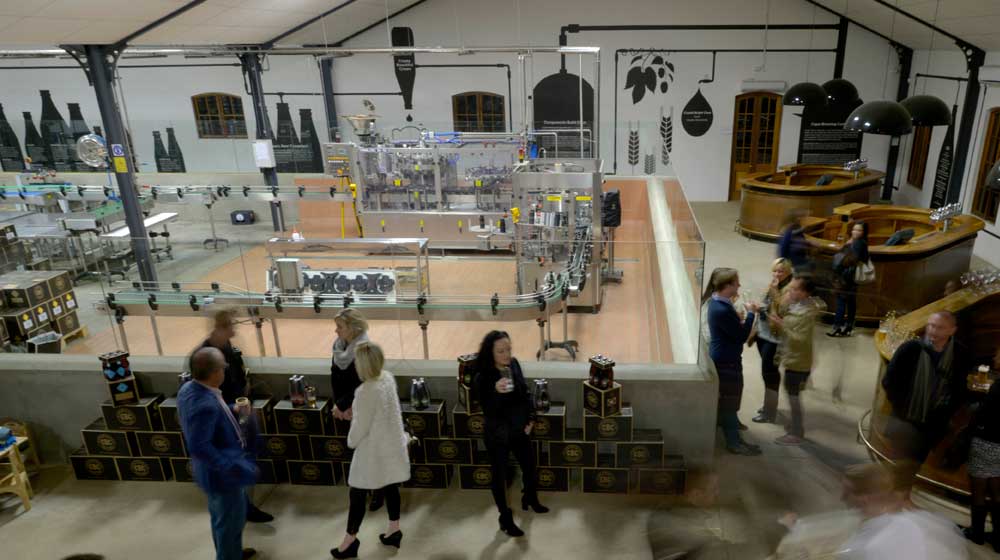 All in all our SecretEats evening was a fun one where we were forced out of our comfort zone of mingling with the same people we see every weekend. It had us engaging with new people and having conversations that didn’t revolve around the usual grind, which is ultimately what the evening is all about. This is a chance to meet new people, eat and drink in an unusual environment and to just relax and have fun.